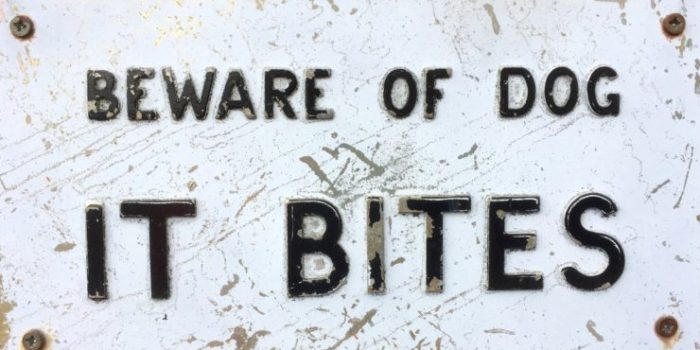 Every speechwriter and every public speaker knows you should finish your talk with an inspiring call to action. That’s how leaders trigger real change.

Sometimes it works – and sometimes it doesn’t. But the first rule is: always keep it short. So “Yes, we can” worked. So did “I have a dream,” and “We choose to go to the Moon” or “Ich bin ein Berliner.” 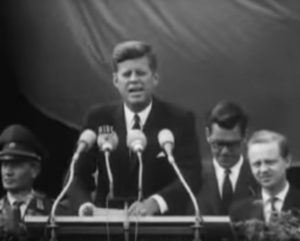 Here’s a rather different one doing the rounds that doesn’t have nearly the same zing: “This was locker-room talk. I’m not proud of it. I apologize to my family. I apologize to the American people.”

The author of this last one, Donald Trump, knows  the tail should wag the speech because calls to action don’t just start campaigns – they win them too.

But just like unruly dogs, this and other  calls to action may come right back to bite their owners.

On my own side of the Atlantic Ocean, here’s one that crashed right on takeoff this October – a rhetorical exit-line that will surely come back to haunt its author for extending a misguided invitation to a saccharine-sounding walk in the park:

These words the last to scroll up the autocue on October 5th as Britain’s newly-ensconced prime minister Theresa May, ended her first major policy speech to the 2016 annual conference of the ruling Conservative Party. 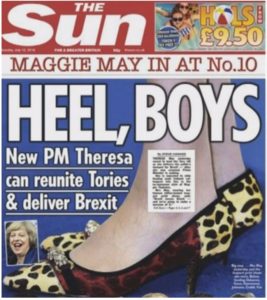 It was the moment when the new leader needed to dispel deep doubts and uncertainties hanging like a pall over Britain ever since the surprise outcome of this June’s Brexit referendum vote to leave the European Union, that toppled her predecessor David Cameron.

She needed a punchy zinger that would give not just her party faithful a warm and fuzzy feel – but put some steel into the nation too.

It was the moment to establish the little-known premier in the public mind as a firm, decisive leader and a safe pair of hands tasked with taking Britain out of the amorphous, crisis-torn EU – and all to the nation’s best advantage.

But far from “seizing the day” by striding into that “brighter future,” something is going badly wrong with May’s promise. Her charisma – such as it was – has backfired. 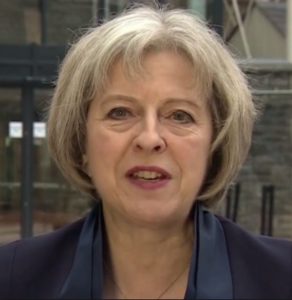 After a long torpid summer of paralysis, political opposition has been galvanised by her speech. Not only from the rival Labour party, but also among the parliamentary ranks of her own Conservative Party too. Not unreasonably, lawmakers want to know what her negotiating position is, and they want a say in making the laws governing Britain’s exit.

So just ten days after her call to action, May is on the back foot, after being accused of overseeing a “shambolic Tory Brexit” without any clear plan to steer Britain clear of a perilous future in which its economy could shrink by £66 billion a year or 9.5% of GDP.

Since May took office, Britain’s currency has fallen by 17% to its lowest in 30 years, causing the nation to drop from 5th to 6th place in global GDP rankings. Wags say that Italy, which in recent years dreamed of a “sorpasso” in which its own economy would overtake Britain’s, now watches in awe at the UK’s self-induced “rimpicciolimento.”

May’s Brexit plan depended on secret negotiations with Brussels by a trio of her ministers that would by-pass all parliamentary scrutiny. This would fulfil what rightists in her party consider a legally-binding mandate to exit the EU that came direct from British voters in the referendum, and brooks no further debate.

Despite an early refusal to even consult parliament, or to offer a “running commentary” on her negotiations, May is now conceding a parliamentary vote on her plan’s economic consequences as the price of trying to head off revolt. There’s a court battle too, challenging May’s right to act unilaterally. And captains of industry, led by the financial services industry that contributes over 10% of national taxation, are busy polishing their daggers.

So the call to action in May’s speech just didn’t work. So what should her special adviser and chief scriptwriter – bearded, Birmingham-born Nick Timothy – have written instead, to stop the dog of political opinion from biting his mistress?

May’s short leadership has been beset by the lack of it. Initially she used the Delphic phrase “Brexit means Brexit” as a stopgap to shield her plans – or the lack of them – from scrutiny and both sides of an increasingly polarised society. Then she sought to substitute this with the equally confusing tagline “a country that works for everyone,” diverting the public gaze away from Brexit with a string of social policy red herrings and scorn for a well-off metropolitan elite. Fairness is good, but first things first.

Leaders and their speechwriters need to rip off the Band-Aid – especially when there’s an 800lb Silverback like Brexit in the room. This was the moment for some Churchillian honesty about “blood, toil, tears and sweat,” not for May’s chilling confidence in a deal she can’t or won’t articulate. 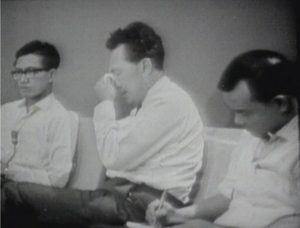 Britain, in fact, is now in almost as perilous position as Singapore when this tiny island state was expelled from the Malaysian Federation in 1965. Founding father Lee Kuan Yew wept on TV, talked survival tactics – and addressed the “Remoaners” of his own age. Singapore thrived in the years that followed precisely because its people knew the peril they were in.

Although Britain had been a member of the EU for 15 years in 1991, then-premier John Major sought parliamentary approval to deepen ties by accepting the Maastricht conditions. If Britain needed both a referendum and a parliamentary vote to join the EU, then it surely needs the same to leave it. Britain’s parliament is now flexing its muscle, and is ready to bite as well as bark.

Britain’s new policymakers may talk a good game of getting Brexit between their teeth – but it’s starting to look like they may have bitten off more than they can chew.