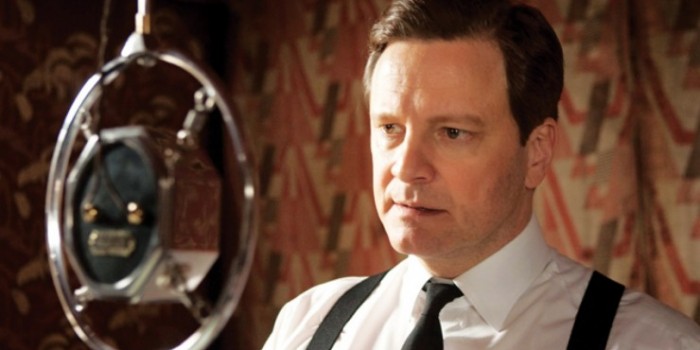 Every long-distance driver with children in the back-seat dreads the cry: “are we nearly there yet?” And at conferences you frequently hear it on adult lips too, alarmed by the prospect of another gigabyte’s worth of PowerPoint slides.

Conversely, you don’t need the eerie, crackling radio silence that marks the opening scene of the 2011 Oscar–winning movie The King’s Speech, to know when a speech is dying on its feet. 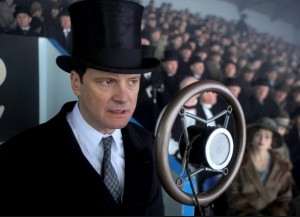 Getting a presentation just right, in terms of length, content and delivery style – not to mention humour and anecdote – is one of the key challenges for business leaders. Until recently they didn’t get much support from MBA courses, where the mantra was “let the facts speak for themselves.”

But facts don’t speak, people do. And many of those people need help.

Perhaps the principal lesson of scriptwriter David Seidler’s The King’s Speech was not the overcoming of adversity by the central character George VI (Colin Firth). But the realisation that effective public speaking is not a divine gift but a transferrable skill – even when the speech impediment is grave.  In the film, practice and persistence by the challenged Bertie trump the arrogance of his gifted but lazy older brother David (the one who abdicated).

In the wake of its 2011 Oscar success, a whole coaching industry has grown up around The King’s Speech. Experts parse and recycle the onscreen techniques of speech therapist Lionel Logue (acted by Geoffrey Rush) for the new royalty of business – the CEO. (In fact googling ‘King’s Speech + CEO’ gets an amazing 10 million hits).

There’s no doubt the movie has been a huge blessing to those like me who work in this strange field – as speech writers, media trainers, coaches, thought leadership sounding-boxes and sparring-partners to CEOs.

But how many of us actually roll our captains of industry on the carpet, invite them home for tea, or deliver those deliciously impertinent tongue-lashings in the style of Lionel Logue? In my experience what our clients want is something different. 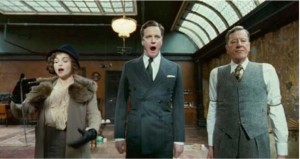 The Oscar award showed that the real story was the making of the story – how Bertie and Logue consciously crafted a public persona that fitted Britain’s need for wartime leadership.

It showed how leadership as seen by the people through modern media (whether the radio of the 1930s or the internet of 2011) is an active construct based on the leader and his communications advisor delivering the right answer to three key questions:

So Content, Style, Persona are the keys to public speaking.

In The King’s Speech, Logue doesn’t create content, instead taking the scripts from a ministry official.  I just want to address the issue of “how long is long enough?”

The general assumption that “shorter is better” was even  corroborated by the late Fidel Castro. Known for parliamentary harangues that could last all night, Fidel in 2010 emerged from a four-year silence to deliver a modest 10 minute intervention, and has since issued a mea culpa about his past penchant for marathon speeches.

A database of Fidel’s speeches shows that even before he took power in Havana in 1959, he regularly delivered 13,000 word harangues. A friend who was an ambassador in Havana in the 90s, described how diplomats would edge toward the exits as he took the podium. Alas for latinos, his skills were passed on to Venezuela strongman Hugo Chaves, whose ‘Alo Presidente’ TV show has already run for an interminable 375 episodes.

In the pursuit of brevity, many companies have introduced 10-slides rules for presentations. But this can be easily subverted. Some PowerPoint artists nest slides-within-slides – and sometimes whole animated movies – without ‘breaking’ the rule.

When it comes to PowerPoint, the only unbreakable rule is “20×20” – the ability to deliver 20 slides at 20 seconds each, resulting in a presentation of exactly six minutes, 40 seconds. That’s the discipline of Pecha Kucha, a performance delivery technique that emerged in Japan in 2003, which is steadily transforming the corporate speaking scene – for the better.

Pecha Kucha nights are held in cities around the world and some US  universities already insist students use it. If you can’t describe what’s packed onto your slide in 20 seconds, then use a plain photo.

But what if 6’ 40’’ is simply too short for a more formal conference speech? Many conferences offer a slot of 20-30 minutes – even though it’s a proven fact that very few people have an attention longer than 19 minutes.

I’ve written hundreds more speeches for others than I have delivered myself, but I detect a golden rule. The final draft I deliver to the client is always shorter than the first one.

I invariably take out stuff they like, but I have never had a client complain the script is too short. And I always practice it aloud (even if the client doesn’t): you won’t catch those tongue-twisters, dipthongs and literals unless you do.

Few confident speakers actually use a full text. They prefer to use extended bullet points – usually set onto large-format library cards – or PowerPoint speaker notes. That gives them more freedom to pause, engage the audience, and go “off piste’ with a suitable anecdote.

Now for Style.  Our neurological wiring means we are just as tuned to the way people say things, as what actually they say. That’s why most marriages survive. For a CEO or any speaker, a strong delivery style can and frequently does rescue poor content. Vice versa doesn’t alas, hold true.

What’s noteworthy is that natural delivery style in the executive community is often determined by background. Engineers, business process mavens and financial types are quite different from those with a sales and marketing background. The latter demands both an extrovert persona and a sensitivity to listener needs. You won’t sell much unless you can adjust your message to the user’s own context.

I’m an unabashed fan of Sir David Attenborough’s delivery style. As the unquestioned star presenter of BBC nature documentaries for over 50 years – from Zoo Quest in 1957 through Madagascar in 2011, Attenborough surely has way more than 10,000 hours of presentation delivery to his credit.

You might argue that while Attenborough’s breathy, confidential style is fine for introducing the antics of gorillas or Birds of Paradise, it would invite ridicule if used to explain an IPO or an M&A deal.

In fact Attenborough himself – although he managed the finances of a major TV network for five years – makes a personal virtue of not being a business guy. Nevertheless, he has enormous appeal. I’ve met him and he’s even better in the flesh than on screen. Today he’s an old man, and yet he’s courageous and gracious enough to show the vulnerability of age.

For my desert island, I’d pick Attenborough any day.

“Who to be” sounds like a redundant question for most of the determined, ambitious executives who’ve finally made it to the C-suite.

They know exactly who they are, or should do: most likely they’ve been coached, mentored, counselled and groomed for the top spot. Executive search experts and HR gurus have submitted them to every known form of psychometric testing. How could they fail to know?

But whatever they know for themselves, they must project those certainties to lesser mortals; employees, customers, stakeholders. They must breathe confidence, wisdom, inspiration – and the whole raft of shared values on which their brands (both personal and corporate) are built. They must explain what they believe in and ask others to follow them into the future.

This is the really hard stuff of the “soft stuff.” In The King’s Speech, George VI wins our respect for his dogged persona. We know he’s not brilliant and has been thrust into a job he didn’t want.

In the final scenes, though, we see ordinary men and women listening to his 3rd September 1939 wartime address, ready to follow his example into war, suffering, and ultimate victory. 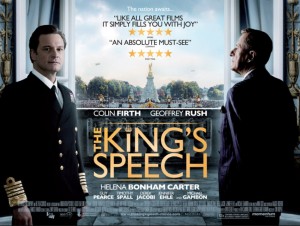 And all in a broadcast of just 5 minutes, 44 seconds. I hope that finally answers the question about  how long is long enough.