We think of persuasion as a very modern attribute from the world of advertising,  consumption, polling, shareholder communications, PR,  marketing, lobbying, politics.

Wrong: it’s a science  that’s as old as the hills — or rather, dates back to Classical antinquity. Whenever and wherever people have exercised power, they’ve used persuasion. I want to delve back into the origins of the art of persuasion to find its source.

And that source is the Art of Rhetoric. That sounds dusty, dry, and filled with verbiage. I beg to differ. 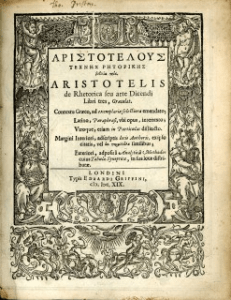 Rhetoric will resume its rightful place at the “Once and Future MBA” because it was, and again will be, the preferred study of Masters of the Universe. ‘MBA Man’ will seek new freedom and new frontiers. Our concept of what it means to be  a powerful  persuader wil change — and maybe the whole top-heavy structure of  PowerPoint presentations, spreadsheets  and QED table-thumping argeuments will take a more modest place in the presentation armoury of  tomorrow’s business leaders.

What’s more, knowledge of the power of Rhetoric gives any speaker a greater chance of being able to deploy that most powerful of persuasive strategies – the art and science of Charisma.

Two thousand years ago, just as they are today, men in positions of great power and financial influence were often slaves.

During the reign of the Roman emperor Nero (37-68 AD), doctors, government officials, accountants, lecturers, architects, goldsmiths, “men of business” (a term embracing the equivalents of today’s executives, investment bankers, hedge fund managers, marketing directors or corporate financiers), were just some of the millions of legally-bound slaves who maintained the economy of the world’s greatest empire.

But some pursuits and some forms of training were blocked to even the most intelligent or resourceful slaves. They were not allowed to study the Trivium or classical curriculum of Grammar, Logic and Rhetoric that forms the basis of our Western Liberal Arts heritage. Liberal because it was not safe to hand slaves the hidden power to rouse the rabble and start revolutions to win their freedom. 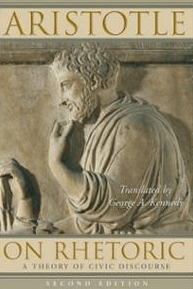 Rhetoric is defined as the use of language to instruct or persuade. But through history, it was seen as a dangerous power-tool that could not be allowed to get into the wrong hands. For over a thousand years, from the Roman to the medieval world, the study of Rhetoric was the semi-secret discipline that opened the gates to power and influence.

In ancient Rome – and in Greece before it – the key to real political power was the study of Rhetoric. This was the MBA of the ancient world. Quintilian, the master rhetorician of Nero’s time, wrote a 12 volume best-seller called The Institutes of Oratory, and on the back of it rose to become a Consul. He tutored Pliny, Tacitus, and several imperial princelings. 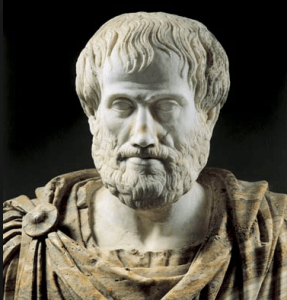 Or indeed Aristotle. 300 years before Quintilian he laid the foundations of the whole business with his works on Rhetoric and Poetics. No CEO today need doubt that Rhetoric was a true power-play. After all, Alexander the Great was Aristotle’s best student. 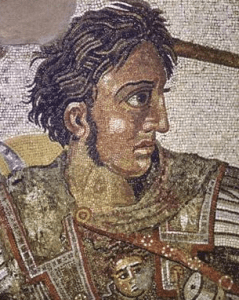 Describing Roman times in Julius Caesar, Shakespeare makes the key event of the tragedy (Act 3 Scene 11 “I come to bury Caesar, not to praise him”) revolve around Mark Anthony’s dazzling powers of Rhetoric to reverse the entire plot sequence. Brutus, the co-murderer of Caesar, delivers a self-justificatory eulogy that means he’s let off free by the crowd… but only until Mark Anthony takes the podium to spread revenge, mutiny and revolution through his power of persuasion.

In fifteenth century Italy, Niccolò Machiavelli, author of The Prince and one of the creators of modern political science, was first and foremost a teacher of Rhetoric. So Machiavelli, whose name has (unfairly) become a synonym for the morally-dubious wielding of power, wrote the manual for rulers willing to use the persuasive arts to acquire and keep political power. As well as toppling popes and princelings, Macchiavelli’s teachings helped give Florence the political stability that underpinned its great cultural and artistic flowering. 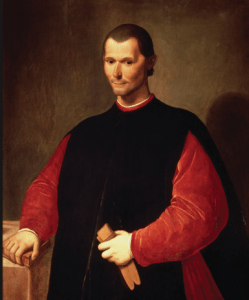 Do how could our understanding of this awesome power-tool, Rhetoric, have dwindled to today’s parodic dictionary definition of bombast, falsity, exaggerated verbiage and word-smithery? The Oxford dictionary glosses it carrying “implication of insincerity, exaggeration, etc.” What on earth happened to this branch of secret knowledge?

My contention is that Rhetoric was a collateral victim of the Enlightenment and its (sometimes over-enthusiastic) embrace of Science as the new religion. It’s no coincidence, perhaps, that the death in 1727 of Sir Isaac Newton, the polymath scientist who discovered classical mechanics and the laws of motion, coincides roughly with the eclipse of Rhetoric as the basis of all study in European universities.

By condemning “logic-chopping” academics to ridicule, while glorifying new “empirical” studies based upon logical approaches, the foundations of our modern consciousness were laid. But history is never so simple. Newton himself was a theologian and an accomplished Alchemist. His literary executors at Cambridge University burned his entire Alchemical oevre because they wanted to project him purely as a modern scientist, and not as a more rounded Renaissance man.

In much the same way, Rhetoric has been effectively suppressed to make way for the “new sciences” of social persuasion.In its place have emerged modern disciplines based on recent scientific discovery – sometimes of the most tendentious nature.

The modern edifice of moral persuasion – based on the original definition “the use of language to instruct or persuade” – now represents about 20% of global GDP.

In modern culture meanwhile,  Rhetoric hardly gets a name-check these days — unless it’s through quirky outliers such as Robert M. Pirsig’s superb 1974 philosophical enquiry  Zen and the Art of Motorcycle Maintenance, or Charlie Kaufman’s 2008 comedy Synecdoche, which draws its name from the Rhetorical trope sometimes confounded with metonymy. 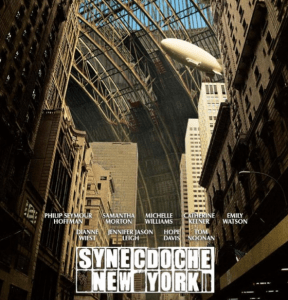 So what’s my beef with MBA-land?

In terms of education for business management, what we’ve developed is an empirical model based on the observed behaviour of financial, material, technological or political variables in the present and the past, which are then projected as reliable guides and cure-alls for the future. Facts, data, and spreadsheets define the logical challenges facing the modern corporation. The facts should speak for themselves. Sufficient application of MBA-power by a large enough body of trained consultants will crack any problem whose roots lie in logic.

At the margins, HR type solutions based on character profiling using social science-based tools will increase personnel alignment and engagement to protect investment in “human assets” and so increase staff productivity. “Soft stuff” away-days to work on team-building and motivation will smooth over any unsightly cracks. Top it off with a corporate value system, and everyone should be happy, efficient and value-generating.

But a cursory glance at the business pages of any newspaper will show that both financial life and corporate reality is stochastic, not deterministic or linear. The past is no guide to the future. Only future probabilities count, not old facts. And on the human-interest pages, we see that what guides behaviour is not looking backward to old realities, but the looking forward and power of being asked to imagine new and possible futures.

Probability – and not certainty – is what guides much of human action. When it is presented to us with sufficient attractiveness, we respond to the possible (or even the impossible)  by actually making it happen. This is precisely the terrain of Rhetoric we have chosen to forget.

So why the “new MBA” of logic, over the accumulated wisdom of the “old MBA” using language to instruct and persuade  — and thereby making the probable come true? Seen through the lens of Shakespeare’s Julius Caesar, why did we select the Brutus of rational, reasoned debate, over the fiery passion of Mark Anthony? 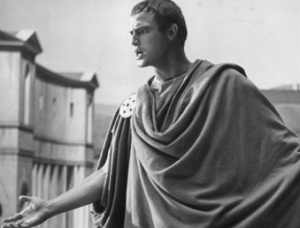 In terms of our shared moral and intellectual development, I’d contend that somewhere in the 18th century we passed a fork in the road where we opted for the logic of science over the probability of rhetorical persuasion.

Logic is concerned with reasoning to reach scientific certainty, while dialectic and rhetoric are concerned with probability and, thus, are the branches of philosophy that are best suited to human affairs.  Rhetoric helps leaders – politicians and business leaders – to persuade a general audience using probable knowledge to resolve practical issues.

You can fix the past with logic, but you can only fix the future with probability.

My proposition is that – faced with a world of ever-proliferating uncertainties and complexities derived from our inability to deliver satisfactory logical outcomes to every challenge – we should take a step back, rediscover the old ways, and embrace the power of possibility.

We remain, at heart, tribal people who need leaders able to present us with new worlds and new possibilities; we are inspired by passions; we aspire to build satisfying futures.

We cannot change the past, but we can change the future – by mobilizing people to accept the powerful and engaging stories we tell of how things will be, by sharing this story, and striving to turn this possibility into reality. They don’t teach that at business school.  Yet the tools to do just that are lying disregarded in the dust.

As the plight of a King Canute unable to hold back the advancing waves once showed, no leader can change the powers of nature and of established fact. But another story – that of the Pied Piper of Hamelin – shows that by using persuasion to draw others along behind us, we can shape and build a new world.

Some leaders can play the pipe: other leaders play with words using the power of Rhetoric.