As a study in how 17.4 million people can be persuaded to “go with their gut” in deciding on matters of national importance without any empirical data to support their choice, Britain’s Brexit vote is a dazzling example of how the democratic process can be subverted by opinion-forming power plays.

The UK vote to leave the European Union was hijacked by a pair of highly skilled and highly ambitious communications professionals who embedded themselves within the political process. The resulting cautionary tale was – with hindsight – as predictable as handing out live firearms to children.

The terrifying brushfire of enraged public opinion that in June forced Britain’s ouster from the EU quickly went cold and regret now stalks the land. Research shows up to 1.2 million who voted Leave now regret their choice – enough to overturn the Brexit majority. Yet the Furies – those female spirits of justice and vengeance from classical mythology – continue forcing a sequence of UK political events that resemble a grisly mash-up of the darkest Shakespearean tragedies. 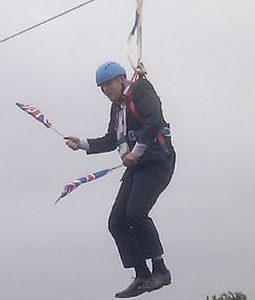 Prime minister David Cameron quickly resigned; turmoil continues to eviscerate the leading political parties, both of which may yet break apart; the UK economy is drastically weakened and society perilously divided by rival views of generations, regions and socio-economic outlook. Above all, the key proponents of Brexit – Boris Johnson, Michael Gove and Nigel Farage – have themselves all been politically broken and flung aside. And – supreme irony – Theresa May, Britain’s new prime minister who will now be responsible for negotiating Brexit, actually supported the Remain camp.

The Furies made their first appearance in Eumenides by Aeschylus, where they pursued Orestes in a chain of bloodletting to restore moral and legal order following the murder of King Agamemnon. So how on earth could these fearsome creatures be reawakened in Britain’s peaceful, cosmopolitan yet reassuringly dull shores, where the police patrol unarmed and theatrical blood is known as “Kensington Gore?”

Astonishingly, all this all flowed from a college prank led by pair a silver-tongued opinion-formers, backed by trouble-seeking press barons, that spun wildly out of control.

Excellent reporting has shown up the incestuous bonds and ties of class and privilege that link all the key players in the Brexit drama. Simon Kuper’s great profile of 1980s student ambition at Oxford University among the leading players, published by my old employer the Financial Times is a fine example. For non-Brits, Sarah Lyall’s exposé in the New York Times of the “clubby elite” that raised the protagonists in this drama, gives a peek into a world that should have vanished decades ago.

The key learning in all this is that to join Britain’s elite, you have to “use the mouth”. That means you either have natural speaking skills, or you’ve learned the power of influence at an elite school where Aristotle’s Art of Rhetoric is still taught. Then, find a polemic subject and talk it up as you ride the opportunity as high as you can take it.

According to this script, a pair of former journalists (one privately educated, the other not) learned how to wield what former British prime minister Stanley Baldwin once attacked as “power without responsibility – the prerogative of the harlot throughout the ages.” Almost a century later we might update Baldwin’s 1931 tirade against press barons of his era (the lords Beaverbrook and Rothermere) to read “Charisma without responsibility”. Today’s press barons are Rupert Murdoch (The Times) and the Barclay twins (Daily Telegraph).

Two supremely talented public speakers – Boris Johnson and Michael Gove – yoked the frightening power of charisma without responsibility to modern media channels, and used it to successfully blind and then enrage their followers into a wilful act of national self-harm. Voters acted in defiance of all expert advice that leaving the EU would be an act of great economic and political folly.

The give-away is that Johnson and Gove – both of whom as students polished their rhetorical craft as presidents of Oxford University’s elite debating society, before going on to work as opinion-formers for right-of-centre broadsheets the Daily Telegraph and The Times – both meekly protest they have no personal charisma. 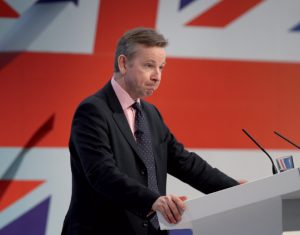 Gone: “I have no charisma.” Modest Brexit campaigner Michael Gove

Gove, in the press conference that launched his disloyal attempt to supplant Johnson in running for the Conservative Party leadership, stated that: “Whatever charisma is I don’t have it, whatever glamour may be I don’t think anyone could ever associate me with it.”

Likewise Johnson repeatedly protests that the artful blend of bluster, bonhomie, gaffes, blokeish outreach and Churchillian monologue that makes up his speaking style is not charismatic at all, but simply a recipe that “cheers people up.”

There’s a current anecdote that on the night of March 15th, Boris Johnson wrote two columns for the Daily Telegraph. One was to announce his support for the Remain camp, the other was for Brexit. Johnson’s fateful decision to publish the latter was based solely on a Leave vote offering him a stronger chance of displacing premier David Cameron.

British lore holds that the Battle of Waterloo (which after 1815 handed century-long hegemony over Europe to Britain) was really won on the playing fields of the elite school Eton. So how could those very same Eton playing fields have trained up Boris Johnson, the poster-boy of a campaign whose direct consequence will be to unwind Britain’s once-victorious position in Europe?

The answer is that Eton and other forcing-houses of the British Establishment instil a single costly (to others) rule: although spelled differently the words “confidence” and “competence” have exactly the same meaning. So those with enough confidence are deemed to be natural leaders, while their charisma helps deflects questions about their competency to hold office. 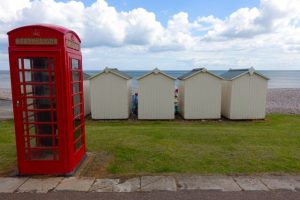 During the referendum both Gove and Johnson were supremely reluctant to acknowledge that the source of their opinion-forming power had nothing to do with facts that buttressed the cause they embraced, but resided wholly in their own rhetorical skills and charisma. Yet there can be no doubt of it.

How otherwise, for instance, could Gove have at a stroke demolished the credibility of warnings from US President Barack Obama, the IMF, the World Bank, the Bank of England, the European Central bank and leaders of UK industry, with the words: “I think people in this country have had enough of experts”?

And how, once the votes were counted, were the pair left speechless because they had no plans or strategy in case of victory? In their hearts, Brexit wasn’t an economic policy alternative, but a daring re-run of some impassioned Oxford Union student debate from the late 1980s. 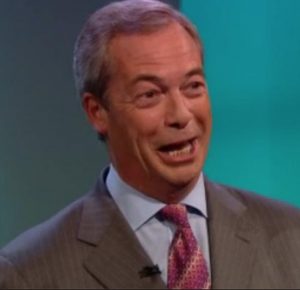 Britain has learned a painful lesson about trust in leadership – and about the destructive power of charisma without responsibility. The nation has also had a jarring introduction to the destructive power of populism, once the prerogative of Latin America’s caudillo leaders. As America moves towards its own presidential elections, the fallout of Britain’s sobering brush with those powerful forces may help cool voter spirits.

Power of influence that can trigger a wilful and collective suspension of disbelief on this scale is a weapon of nuclear proportions. It should only be wielded by those whose values and principles are grounded in public service, not personal ambition. It should never be wielded by narcissists whose reward is to be left gazing at their own reflection. Values must form the bedrock of any exercise in influence.

Now that Pandora’s Box has been opened and the power of charisma to influence public life has been so dramatically revealed, the risk is that more will reach out to grasp it, regardless of the huge risks involved. Perhaps Donald Trump’s eventual election would consign the Brexit case study to instant oblivion.

Optimists will counter that understanding charisma and learning responsible use, is the best antidote to succumbing to the abuse of this same force by others. We are less likely to suspend  our disbelief to favour  someone whose style of influence we recognise and understand.