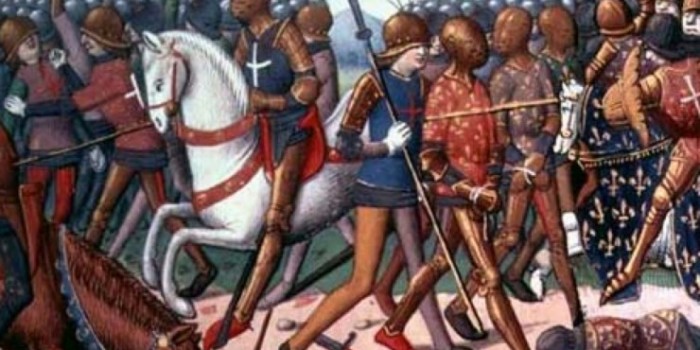 Once upon a time, kings personally commanded their armies in war. The price of dull leadership on the battlefield was death, banishment and even the abolition of entire nation states.

In 1346 King Philip VI of France lost his sacred battle flag, the Oriflamme, at the Battle of Crécy and unleashed a century of war with England. The death of the Portuguese king Sebastian while campaigning in North Africa in 1578, caused the Spanish to take over his country for 60 years. Among English kings, Charles I lost his head in 1649; his son James II lost his throne in 1688. George II lost America without leaving London. 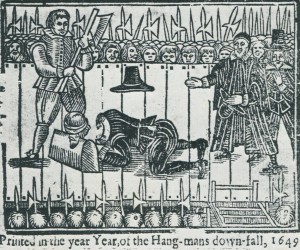 The pain of a top management takeover – 1649 style.

In our own age, leadership of those modern armies we know as corporations seems a far less dangerous business. Few CEOs die in this calling and the rolling of heads is symbolic – unless you happen to be a low-ranking vice president after a takeover. Those in the C suite can expect a golden parachute, three months’ ‘gardening leave’ – and a resumption of calls from the headhunters.

But the truth is dull leadership has always been and continues to be the most dangerous and costly element of all human endeavour – including in corporate life.

Dull leadership is the inability of managers to communicate future plans and needs in clear and compelling terms that motivate and inspire the workforce and other stakeholders. It is the costliest of all factors dragging down the modern enterprise.

Dull leadership is about trying to fix your weaknesses in public – rather than focusing on your strengths in front of your troops.

Now wonder leadership is the Holy Grail of business studies and business publishing.

Effective leadership is the power to influence others  (employees, stakeholders, customers, competitors, enemies) to accept and then force themselves to do things they would not otherwise do, expressed wholly through communication. Effective leaders who tell stories of tomorrow, engage and inspire others to follow them into future they have the power to shape.

Yet since 1934, we have searched for leadership in quite different places and described it in different terms. It was then that Alfred P. Sloan, President of General Motors, founded what was to become the world’s first business school. This in turn launched an armada of MBA courses devoted to such technical aspects of leadership as planning, forecasting, cost-control, budgeting and allocation of human and other resources. 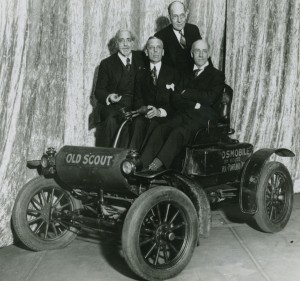 It’s an inconvenient truth that while these professional skills have in the past done admirable service for an elite warrior class, the rate of attrition for corporate footsoldiers is largely unaffected by management prowess. The dynamic that makes companies grow, acquire, split, divest and then die often results from a completely different definition of leadership.

It’s almost as noteworthy that many of role models in modern corporate life tend to be the iconoclasts with highly developed communications prowess, rather than logistical or administrative mavens. 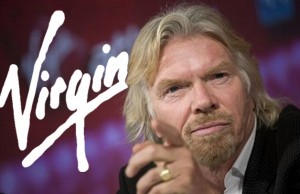 The Virgin Group led by Richard Branson, for example, has made a brand virtue out of its founder’s ability to project forward scenarios – even in space travel. A whole TED Talk-trained generation of Menlo Park entrepreneurs depends upon charismatic communication to pitch counter-intuitive business models.

In short, “talking the walk” is back, despite what that established icon of business publishing Jim ‘Good to Great’ Collins wrote about ‘The Death of the Charismatic Leader’  way, way back in 1997. 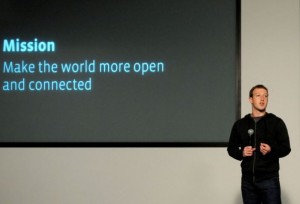 Facebook’s Zuckerberg has communication skills that do him no harm

Let’s do a test. If we were to transpose the accepted arsenal of modern MBA tools onto the battlefields of France during the Hundred Years War, who would they serve best? Would it be the King leading his army from the front by the windmill, or the Quartermaster minding the horses and baggage waggons safely at the rear, ensuring the long-bowmen doing the actual fighting got a steady supply of arrows? 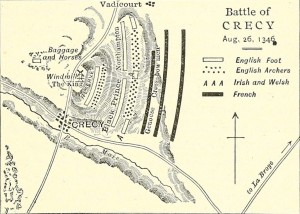 Crécy battleplan: Would you fight at the front – or the back?

Now let’s try the other way around. What was the single most important leadership used by the English king who won the Battle of Agincourt in 1415? Lovers of Shakespeare’s play Henry Vth will know it was inspiring rhetoric. Raw leadership in the face of impossible odds is all about mastery of communication for influence. No wonder the British 1944 film version became a powerful wartime motivational tool. 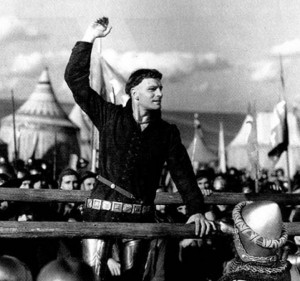 Fast forward to 2015. It’s no surprise, either, that more fashionable MBA schools have begun moving away from a pure focus on financial management to stress on the importance of softer, more subjective communication attributes. Communicate Charisma couldn’t agree more about the importance of this.

Yet we’re heading exactly in the opposite direction. We believe that to understand personal communications skills, they first need to be visualized. Only then is it possible to map, measure and manage this crucial leadership function. In other words, we’re applying the hard rigour of MBA thinking to the “soft stuff” of communication.

The reason is very simple. We believe the only way to optimize this crucial leadership function – and at the same time significantly reduce the very real risk of dull leadership – is to follow in the commonsense footsteps of the great-grandfather of business thinking, Peter Drucker: 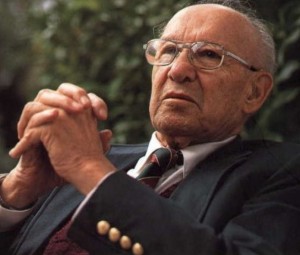 So when it comes to communication, how exactly does the “effective executive” find out what his strengths and his weaknesses are? He – or she – can map and measure these skills using the online self-assessment methodology pioneered by Communicate Charisma.

Equipped with a confidential map and its detailed guidance about the executive’s communicate persona, he or she can embark on a journey of self-development toward greater strength and authenticity, supported by the interactive training workshops we provide.

We’re not saying every leader has a big battle to fight in the open: rapport, not rallying the troops, could be your forte. Often, your most important conquests will be made in the intimacy of a boardroom, or aboard a private jet. We don’t work with any kings, or even generals. But if you do need to mobilize and inspire a corporate-sized army, Communicate Charisma can show where your strongest suit lies.

It’s no coincidence, perhaps, that the graphic representation for Communicate Charisma recalls an era when powerful leadership symbols were used by leaders in real harm’s way, to guide and protect their forces. Our own graphic language and logo is inspired by the Oriflamme, the banner carried by Charlemagne and French kings. Hence the history lesson.

Yet Communicate Charisma is a very modern tool bringing empirical rigour and sound business sense to the science of leadership communications. Our mission is to help influential communicators avoid the dangerous pitfalls of dull leadership.