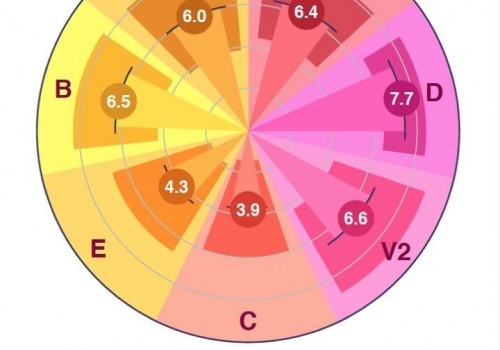 Like me, you may not much care for advertising, yet we acknowledge it works. So when an ad has the candour to explain exactly how it’s setting out to influence me, it gets my attention.

The teaser in the headline of BMW’s new ad for its Mini Clubman is a prime example: “Why do we let logic and reason get in the way of trusting our gut?”

This ad is candid because instead triggering desire for a car, it uses the space to explain how our opinions change when we’re confronted with a person or even an object we want to trust. It’s all about influence, as the text reveals:

“The biggest decisions in life should be made instinctively. The ones where you defy convention and logic to pursue what you know to be right, without really knowing why.”

BMW’s ad writers don’t bother about performance facts or even with brand promise. For the truth is, that when we choose to lower those barriers of trust that protect us from the influence of people or things, our decisions are emotional, rather than empirical. 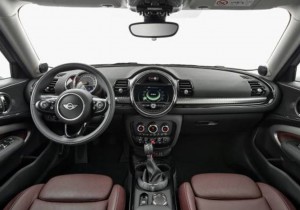 So, at this very moment tens of millions of Americans are “going with their gut” not about cars, but about Donald Trump, likely to emerge victorious from the Republican primaries as their presidential candidate.

Trump’s campaign stump is just like BMW’s ad — it doesn’t bother with performance data in the shape of coherent policy promises, or even offer a clear brand promise. 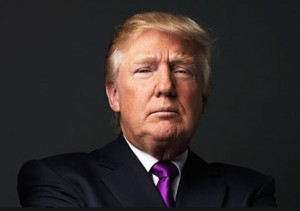 Instead Trump has tapped into a profound popular melancholy that is swelling into rage. His bluster about immigration is just a sideshow. Trump’s real act is feeding Middle America’s anger at the economic displacement provoked by the trade deals, the globalisation, and the hegemony of neoliberal thinking that have sucked all the promise out of smalltown dreams. The same melancoholy tapped into by Bruce Springsteen  and the  1978  movie The Deerhunter. And, like it or not, Trump has charisma.

In August 2015, when Trump’s campaign was just starting out, I explained exactly how – and why – people would “go with their gut” about Trump. And so it has proved. Click here to read Charisma – or just a Comb-over?

To analyse Trump’s appeal, I used a unique methodology that maps and measures leadership communication skills, called Communicate Charisma. In fact the circular Charisma Essence Plot at the head of this article is a graphic representation of how Trump’s portrait might look – if he had actually accepted our invitation to complete our online self-assessment test.

Part of Communicate Charisma’s mission is to use ‘wisdom of crowds’ techniques to gain deeper understanding of the mechanisms that great communicators use to influence us. The website contains a gallery of famous figures from Martin Luther King to Barack Obama, whose charts you can review by clicking here. These are not based on data we supplied, but are the composite result of submissions by visitors to http://www.communicatecharisma.com who contributed their assessments through a simple online test.

There you’ll find the charisma secrets of world leaders, past and present. For instance, our cumulative portrait of British World War II leader Winston Churchill has a shape – and an appeal – that in many respects is the antithesis of Trump’s. 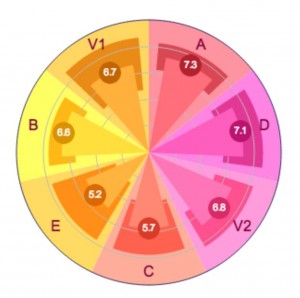 His great wartime speeches engaged followers precisely because (instead of ill-conceived miracle solutions such as Trump’s border wall to exclude Mexicans) he served up the bald truth, most famously with his May 1940 promise: “I have nothing to offer but blood, toil, tears, and sweat.” 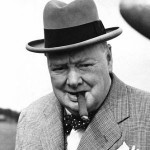 It was Churchill’s charisma that gave Britons the courage to defy the convention and logic telling them to make peace with a mightier and better prepared Germany, and instead to pursue what they knew to be right – total war.

Today, of course, we’re very happy to drive the excellent BMW cars made by our ally Germany. Even if, to those who came to manhood driving the “real” Mini of the 1970s, the new Mini Clubman might seem a steroid-augmented, pimped-up travesty of a car. The old Mini Countryman – with its wood-framed exterior – was the Real Deal. 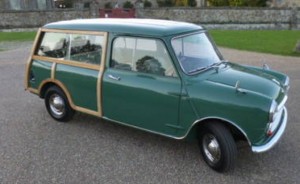 Yet there’s no denying BMW’s marketers have used it to create – for once – a truly honest ad that explains not just why we buy stuff, but how we allow ourselves to be influenced both by things and by people in power. Call it charisma.

It’s up to you whether you put more trust in promises made by the makers of  the Mini Clubman , or Donald Trump.

If you’d like to learn how to map, measure and then manage your own charisma, thereby responsibly enhancing your influence with those around you, please get in touch to hear about Communicate Charisma’s executive training programmes.