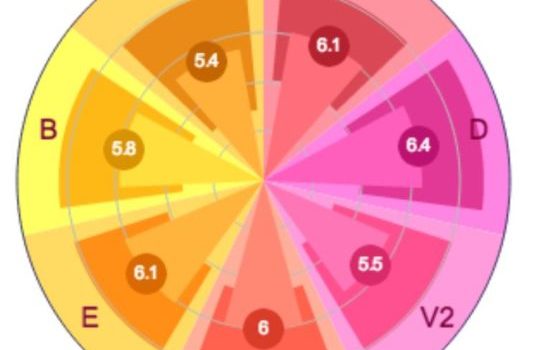 This  blog post was originally published on LinkedIn April 6 2016.

You can find it here: https://www.linkedin.com/pulse/article/playing-investors-rules-rubber-chicken-circuit-richard-house/edit

For politicians, talking while others eat comes with the territory. But entrepreneurs must sometimes do the same, as they play a financial dating game with buy-side analysts and investment fund managers.

These managers are paid to size up the prospects of young companies hoping to launch their shares on stock markets though an IPO. Would-be investors may look young and bored, but then they really have seen it all before. The best any speaker can hope for is 30 minutes of their very divided attention, during which he or she must walk them through the short slide deck cooked up by investment banking and PR advisors.

Years of backbreaking work, uncounted sleepless nights, and  the horrendous risks taken, all come down to this: just a few minutes behind a podium in a meeting-room somewhere out on the beltway, competing for attention with an audience that’s busy chasing badly-cooked chicken around a hotel dinner plate.

And you – or maybe your client if you’re a coach or trainer – will have to do the same  thing dozens of times in a string of cities. Not just group briefings over lunch, but auditorium presentations for institutional investors, analyst conference calls, hotel breakfasts, and then one-on-ones with the big hitters. In each case the executive team will need consistency, stamina, and above all the ability to serve up the core business story, accurately adapted for each audience.

The roadshows that precede any IPO are an exhausting business. Not just for the miles travelled across time-zones, but because of the established rules that must be followed if buy-side analysts and fund managers are to be won over. More than simply following the rules, effective speakers need to bend some in their favour too.

Last year the total volume of US IPOs fell by almost two-thirds to just $36.2bn, the lowest since the financial crisis, and 21 companies were compelled to shelve their IPOs. Admittedly,  these cancellations were forced by market turbulence, not poor presentations  – but every little bit helps.

The easy part is learning the facts that describe the business concisely, and perfecting a delivery style that wins over otherwise-engaged analysts. Yet the real challenge isn’t knowing “what to say,” or even “how to say it.”

The key element is knowing “who to be.” In the end, investors are reacting to  authentic persona, not just the CFO’s slide deck.

In any IPO, investors aren’t just buying shares – or even into a business plan that experience tells them will anyway be subject to major alteration. They’re extending trust to buy into the executive team’s capabilities and character. If speakers don’t have the persuasion skills to lower this natural barrier of investor mistrust,  they’re less likely to make a sale in a highly competitive arena.

No investor will ever acknowledge that his or her judgement has ever been influenced by subjective factors or “animal spirits.” Most deny they ever “go with the gut” when making a final investment choice. But that’s exactly what happens in every single IPO.

The truth is that that a few hidden influencers – let’s call them charismatic executives – know instinctively how to activate this “gut feeling” among their listeners. The buy decision is influenced by a myriad of factors, but personal charisma is indeed part of that mix.

If you’re the kind of entrepreneur who aspires to get behind that podium, mastering this skill could one day swing the game of “Investors’ Rules” in favour of you or your clients.

A unique methodology called www.communicatecharisma.com will show  how you project yourself, and the unique mix of communication skills that make up every individual’s charisma essence.

The system – built around a simple online self-assessment test – reveals how any executive can map, measure and manage his or her charisma assets. This affords a key advantage when the time comes to influence interlocutors.

Clear visual formats help identify every communicator’s strongest points; show which zones of comfort present the best chance of success – and what styles are best avoided.

In case you’re curious, the coloured graphic at the top of this article shows how Communicate Charisma users see an entrepreneur who’s successfully launched many companies in his time: Richard Branson. The word-cloud below shows some of the words they used about him.

This exclusive training methodology doesn’t major on the “what to say” or “how to say it” of briefing investors – we’re guessing there already are competent professionals working on those areas. But few can truly say they don’t need any   extra advantage in the “who to be” department. If so, Communicate Charisma can show how to mobilise additional persuasive power. That means getting interlocutors to lower barriers of mistrust and open themselves up to being positively influenced.

Playing by the book and never breaking any rules goes with saying. But if there’s one chance to derive maximum advantage from playing  ‘Investors’ Rules,’  which of us wouldn’t take it?